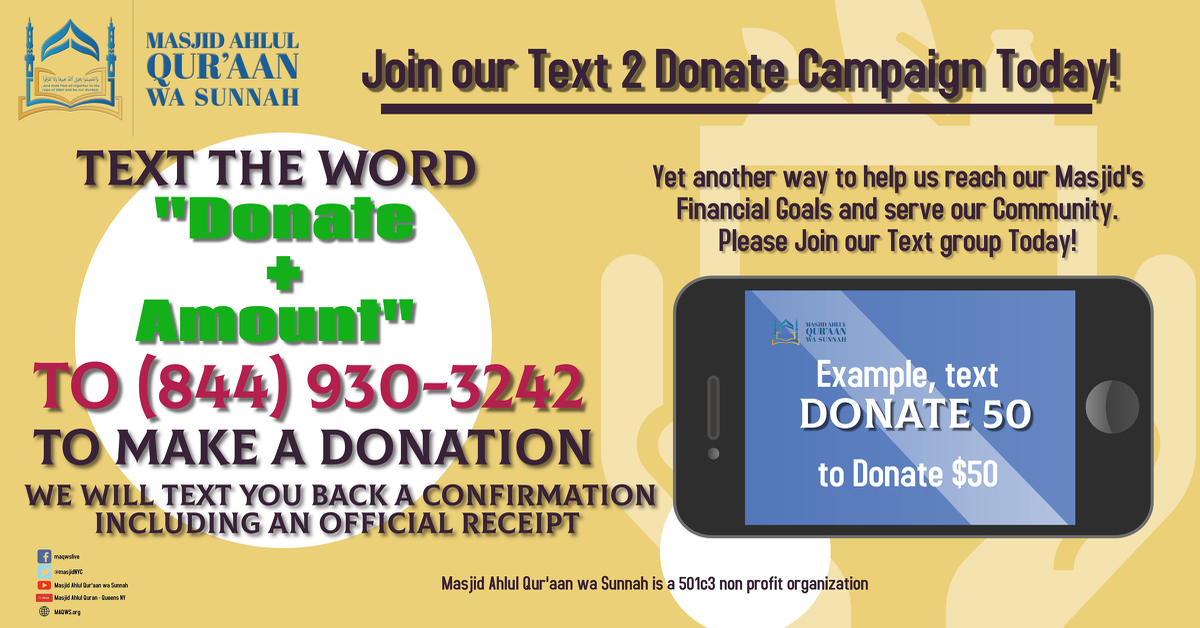 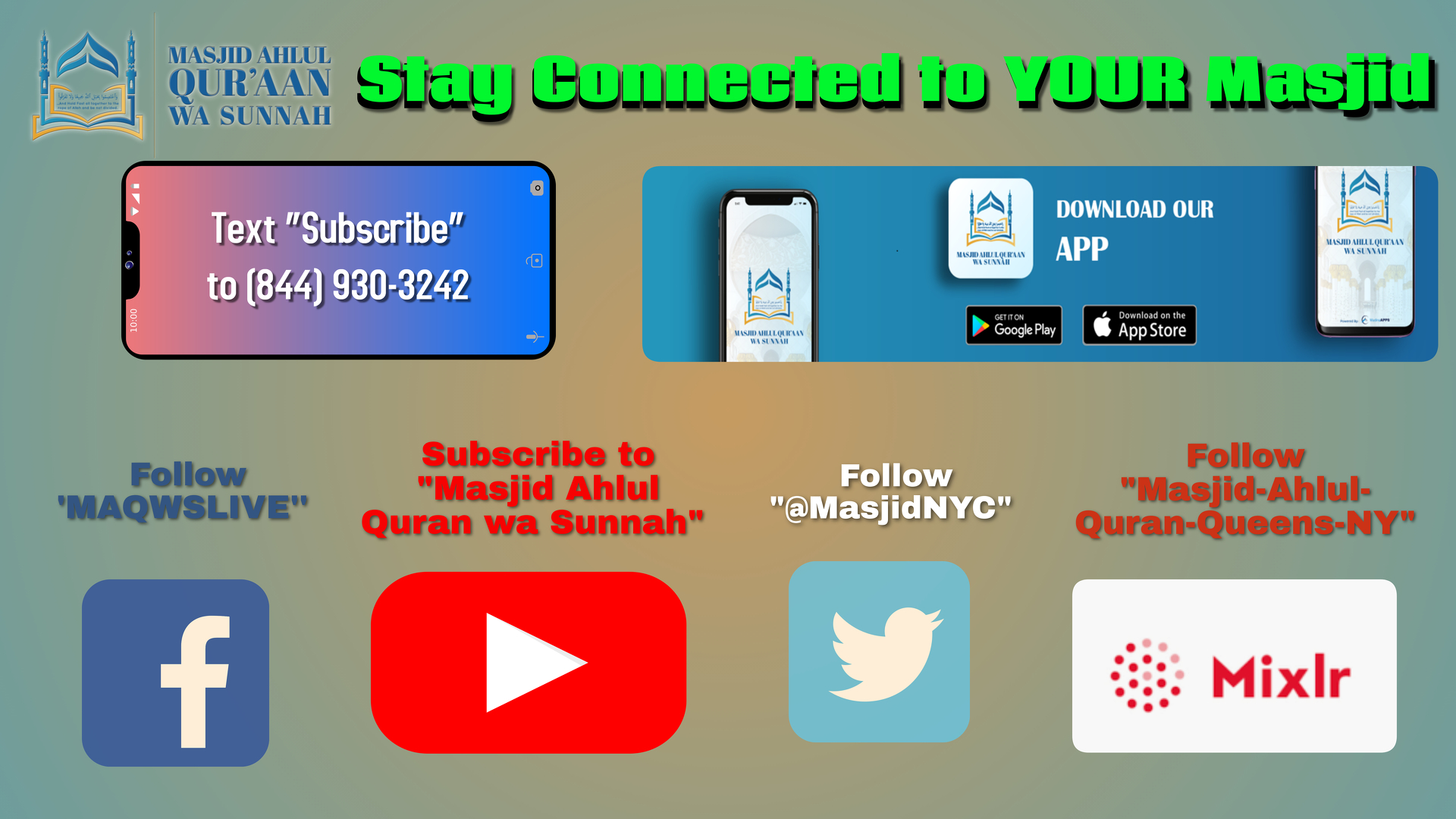 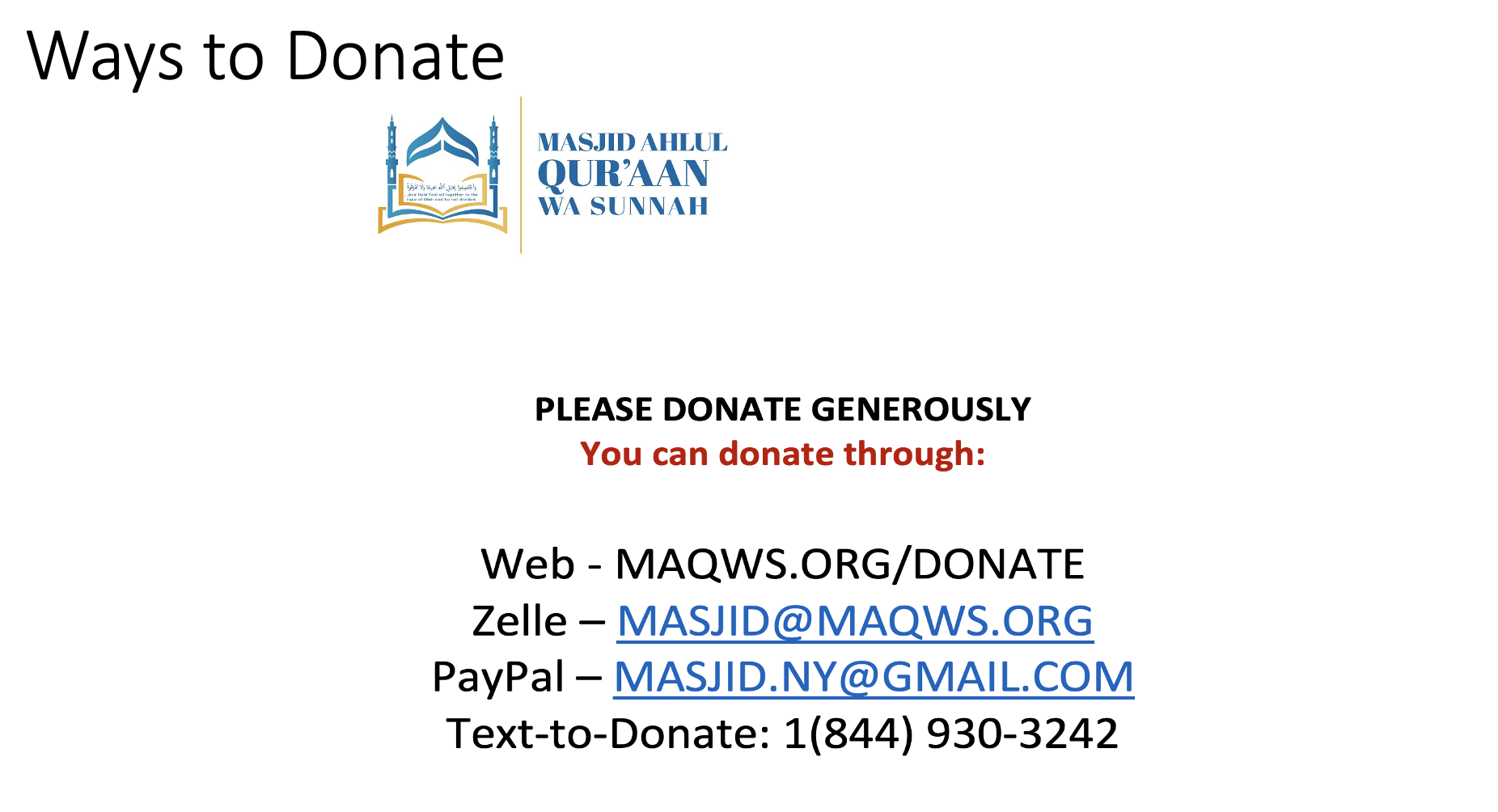 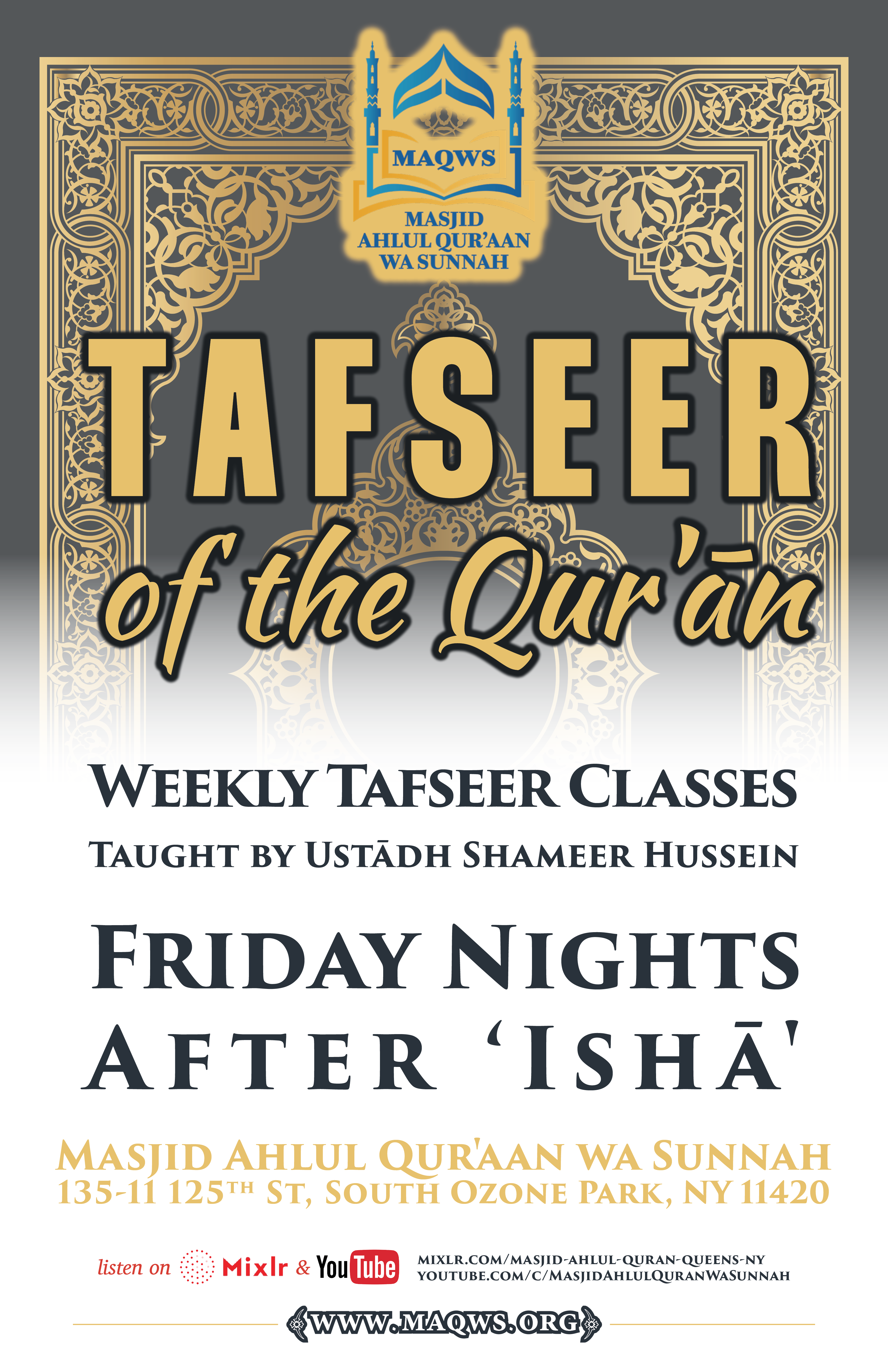 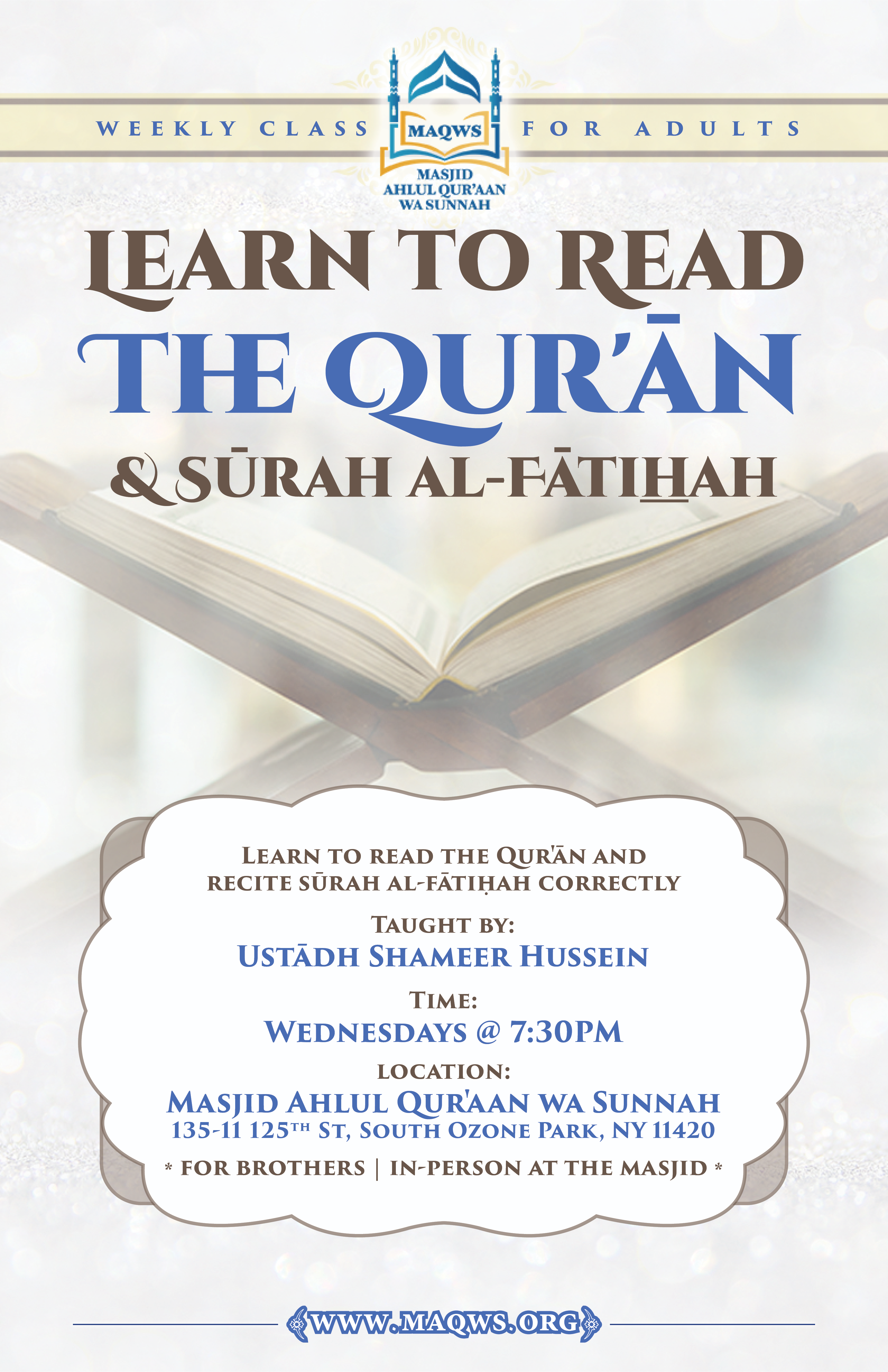 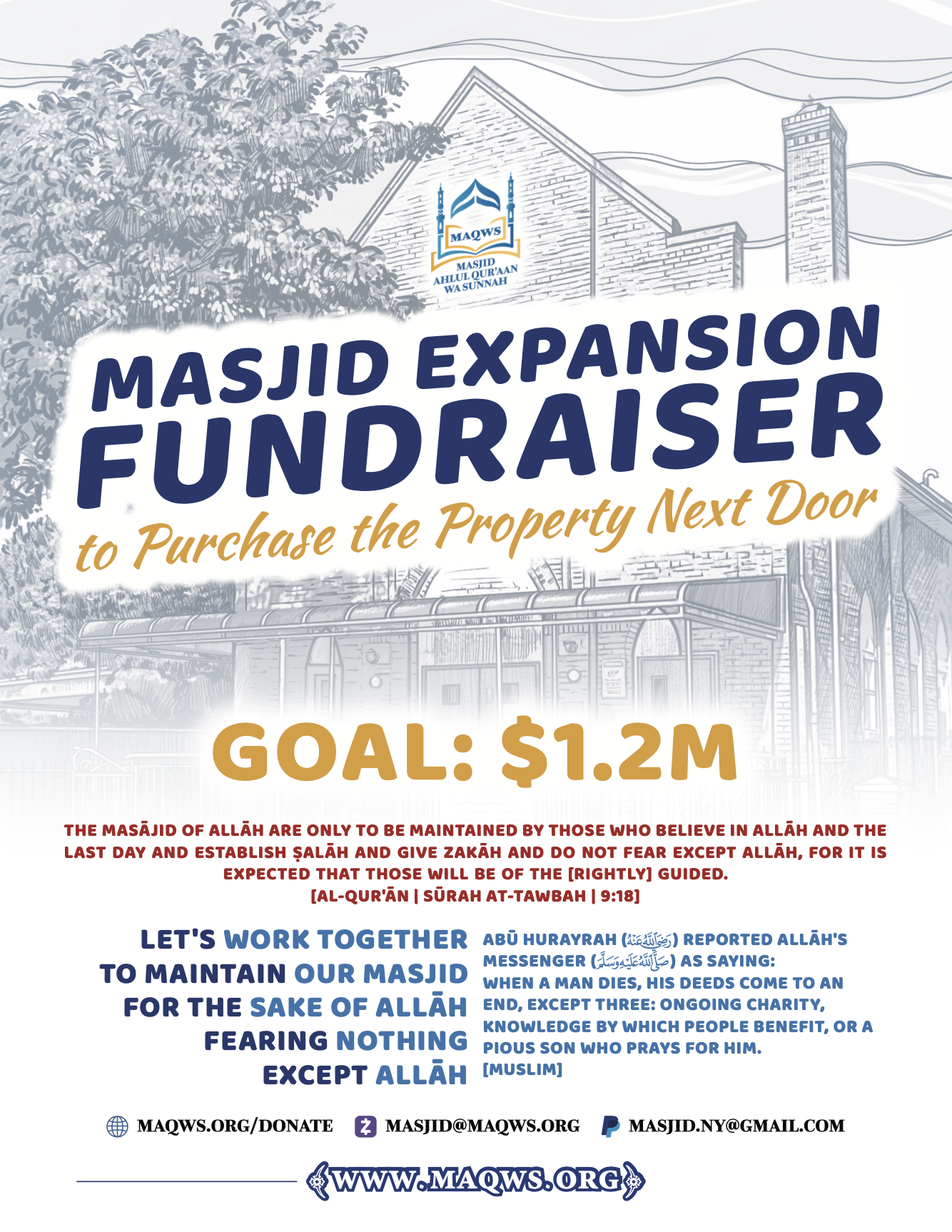 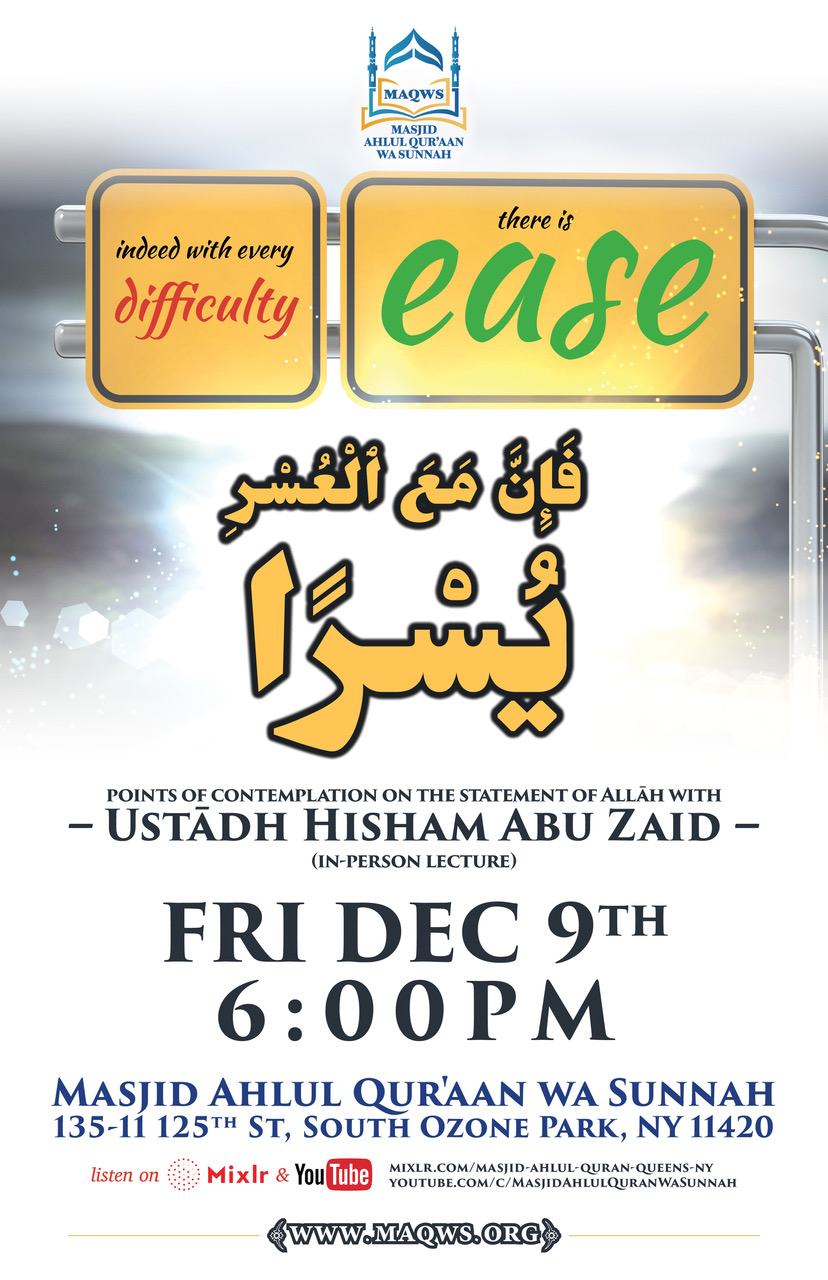 Please note that all students must register for the new school year.

Our Masjid was established in 1995 by a group of young and energetic brothers eager to learn the sunnah. At that time many brothers squeezed in a small basement apartment to establish the daily salah. In 1996 the location was moved to a larger basement on 150th St. and Hillside Ave, but, due to the rapid growth of the community this location again became inadequate. In 1998 the masjid moved to the 109 Ave and Van Wyck location at first occupying the front section of the first floor and the basement, in 2001 we had to acquire the upper floor as well and very soon that space seem insufficient so in 2005 another 1200 sq ft space on the back section of the first floor was acquired, and guess what?

Family counselling is available to those experiencing problems or those seeking advice on strained marriage relationship.

The Masjid provide its facility to host any members of the community Nikah (islamic marriage) and Waleema event,

Funeral prayer services (Janazah) are held at the masjid and can be arranged via the imaam or administration.

The masjid itself has got three floors. On the first floor there is a large Main Musallah for prayers for the men.
View All 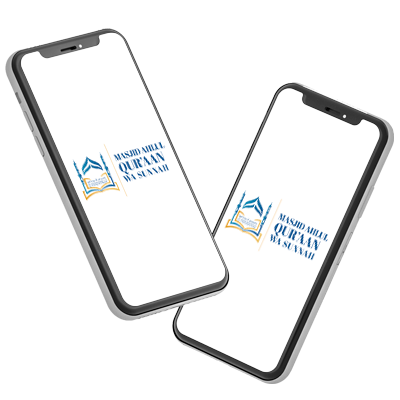 Donate To Our Masjid

The Prophet (peace be upon him) tells us “Whosoever shares in building a Masjid for Allah,
even if it is is small as a bird’s nest, Allah will build for him a house in Paradise.”